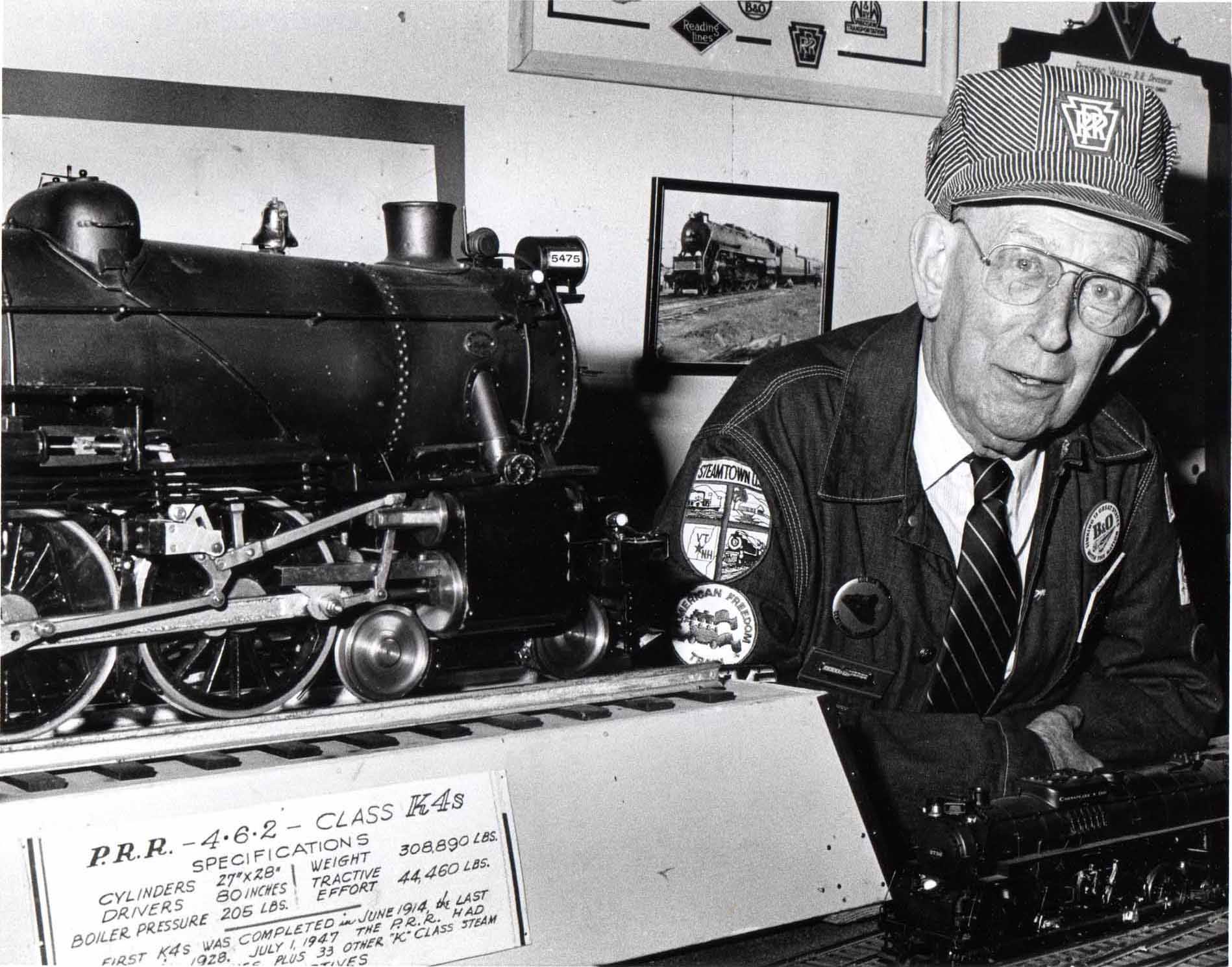 After a fire destroyed the original station in 1910, the railroad built a new larger station to accommodate a higher volume of rail traffic.

After the Battle of Antietam in 1862, people who wanted to look for survivors or claim the bodies of loved ones had to travel by train to Hagerstown or Keedysville and then by horse and buggy to Sharpsburg. Thus began a constant stream of visitors that has not even stopped today.

Veterans and families of casualties seem especially drawn to the area and began to gather every year at the end of May on Decoration Day to reminisce and decorate the graves of solders. In 1868, Decoration Day was celebrated with a parade in Sharpsburg which continues to this day every Memorial Day weekend.

In 1877, the veterans cemetery came under ownership of the federal Government, becoming one of the first National cemeteries to honor our nation’s war dead. The Shenandoah Valley Railroad was just coming through Sharpsburg on its way to Hagerstown and a small frame shed was built near the site of the present station. Shortly afterward, slate curbing and wide walkways were built along along either side of what is now called Sheperdstown Pike or Maryland route 34 from the station, through Sharpsburg, to the cemetery. Norway maples were planted along both sides of the road to shade the veterans as they walked and some of those trees still stand today.

The railroad was a boom to the local economy. Not only did it allow travel directly to and from the battlefield, it allowed farmers to send produce and livestock more easily by rail as well as delivering mail and goods to local storekeepers. The station stood until 1910 when it was destroyed by fire. The Norfolk and Western railroad, which had earlier acquired the Shenandoah Valley Railroad, then built the more commodious current station in 1911 to accommodate the extra visitors to the area, just in time for the 50th anniversary of the Battle of Antietam.

One can easily picture the station full of activity as each train pulled up. Men unloading freight, rolling barrels over to waiting wagons, people kissing goodbye, and the many survivors from the battle meeting and embracing other survivors as they make there way down to the sacred battleground and to later pay respects to their fallen comrades at the National Commentary.

Veterans continued to return for reunions into the 1930’s. There was a huge 75th anniversary celebration and reenactment in 1937 attended by President Roosevelt with the certainty that many attendees arrived by train. Unfortunately our country’s love of cars caused the decline of passenger rail use by the 50’s. And at the 1962 anniversary when thousands journey to the area to observe the centennial, the station had been sold to a private individual.

In 1992, the station was saved from demolition due to the efforts of ‘Save the Historic Antietam’ Foundation of Washington County, the Maryland Historical Trust, and various other entities. It was turned over to the town of Sharpsburg in 1997 who leased it long term to the Hagerstown Model Railroad Museum. 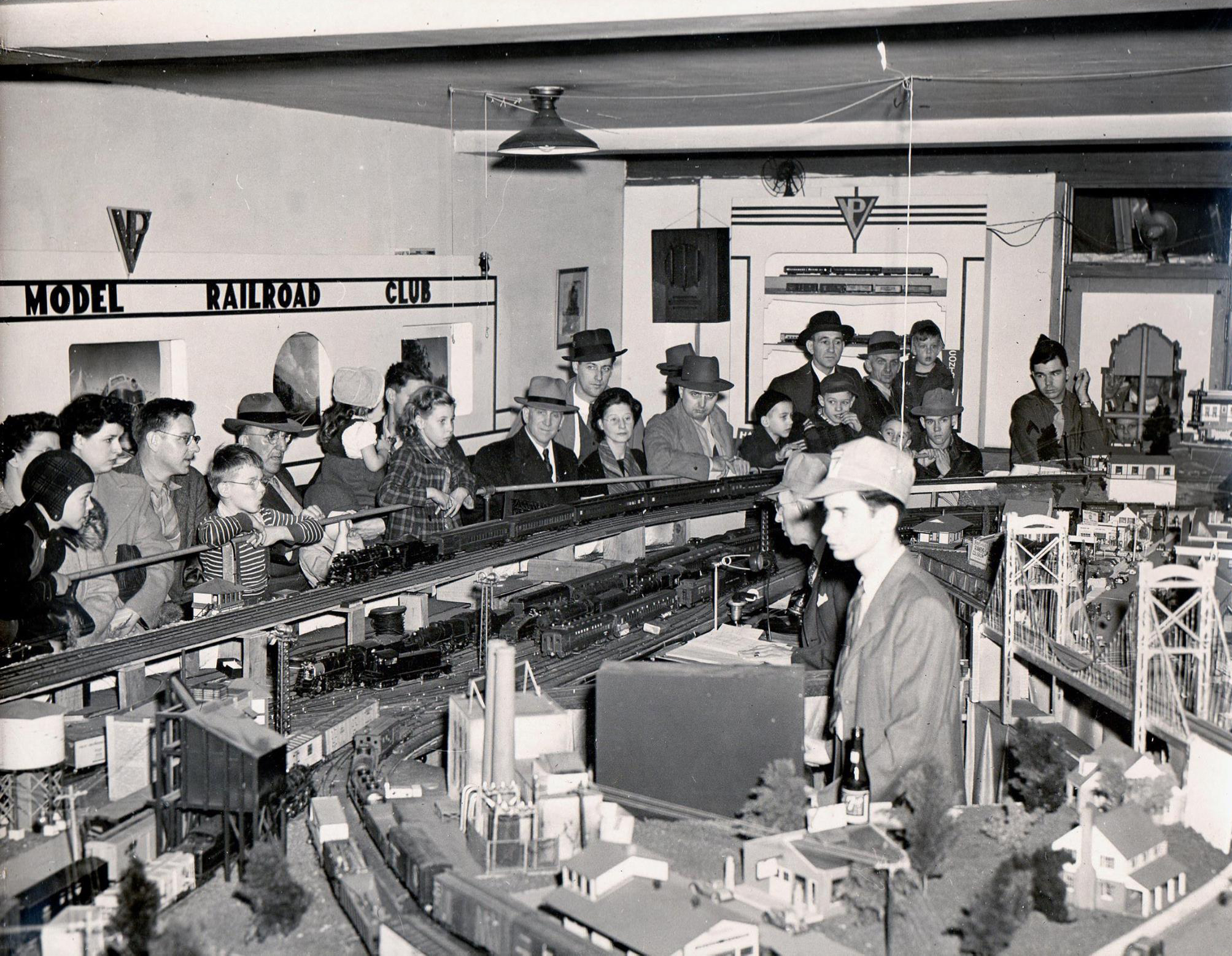 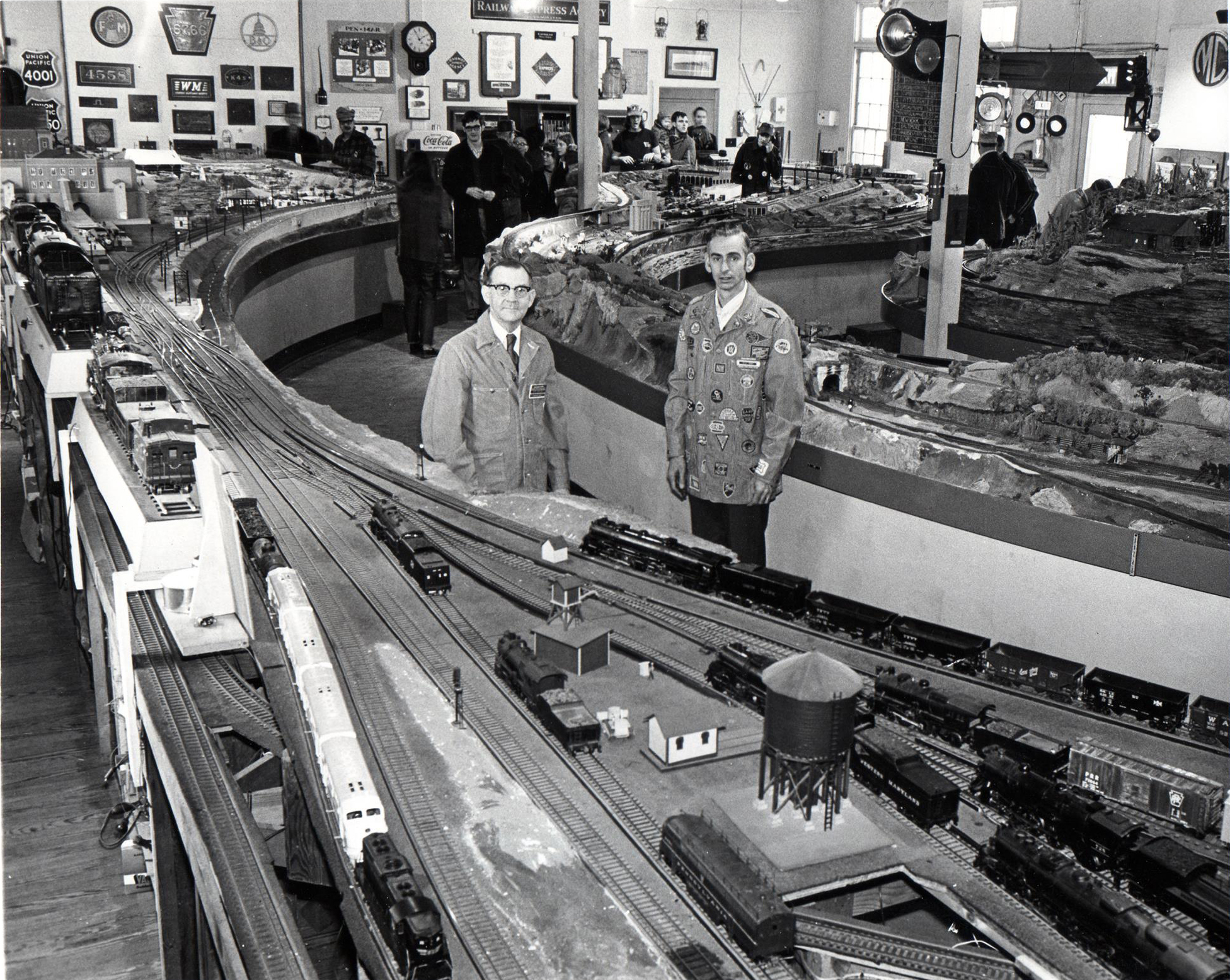 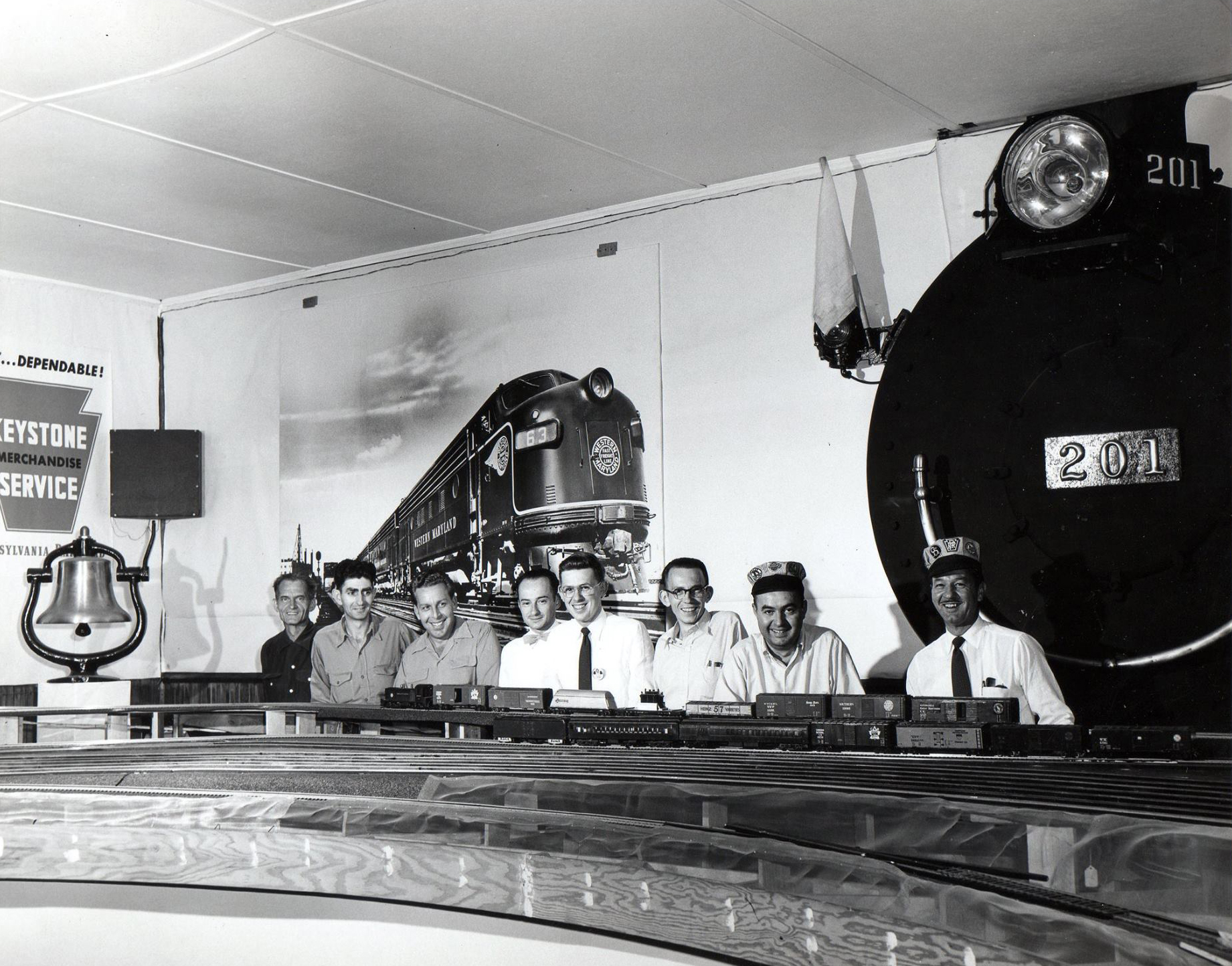 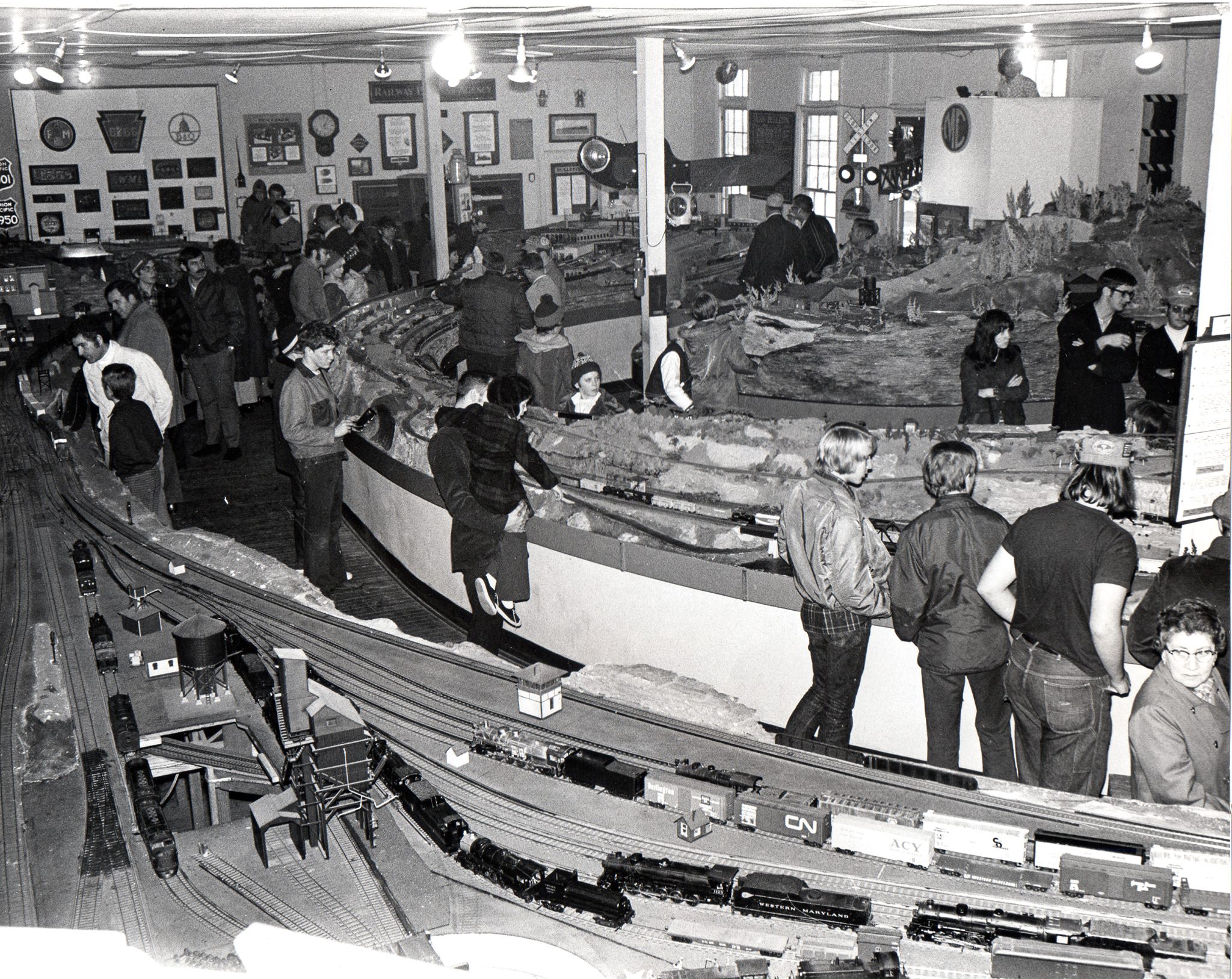 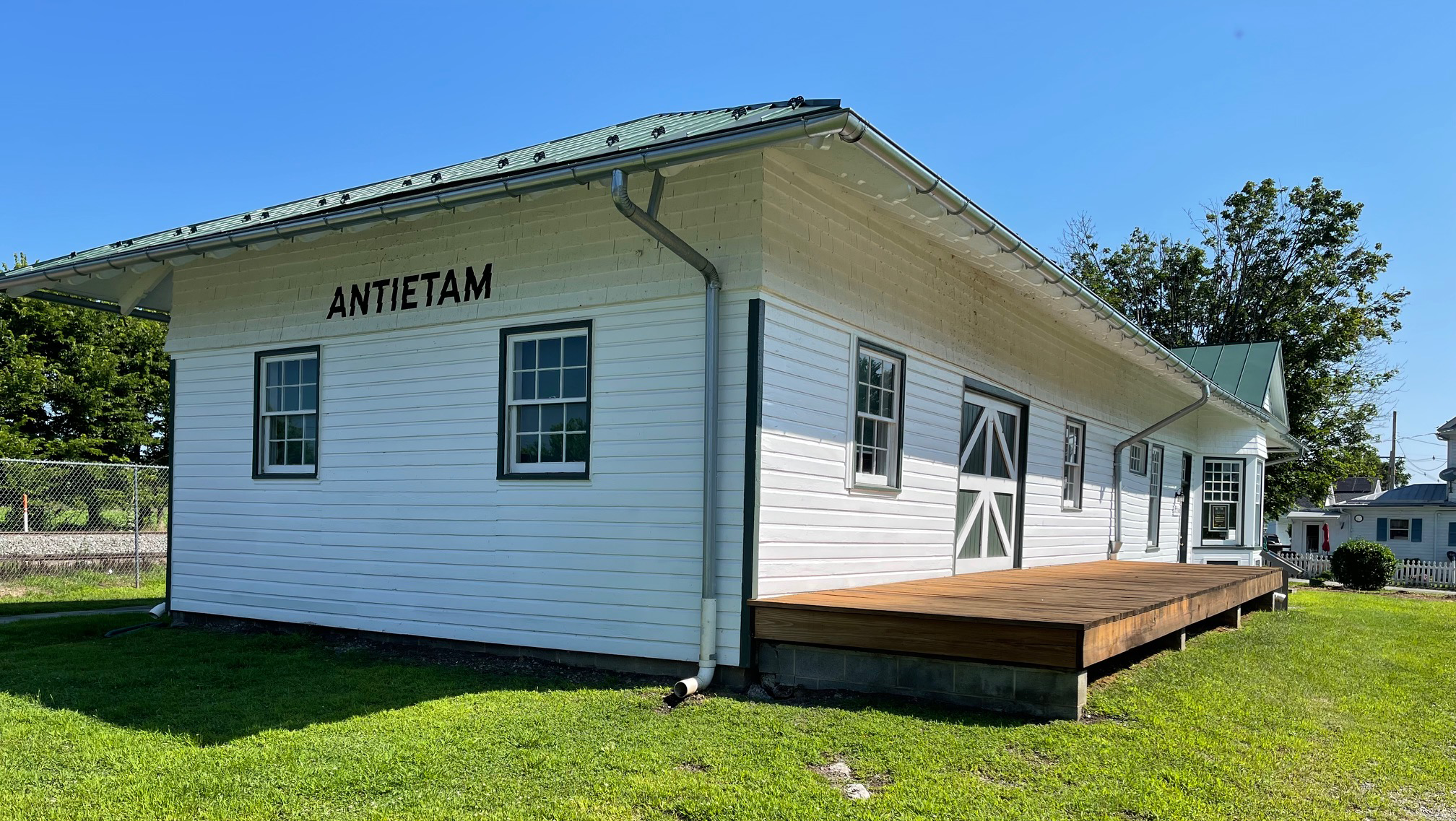 Originally The Hagerstown Model Engineer Society, our roots date back to 1937.

The Hagerstown Model Railroad Museum was founded by Robert H Ryder in 1937 (originally the Hagerstown Model Engineering Society). The first meeting was held in the back of a hobby shop on Franklin Street. It is the fourth oldest model railroad club in the United States.

Through good times and bad, the members have continued to meet and plan, offering the public their expertise and talents. The first public shows were in 1939 and depicted the Potomac Valley in “O” scale. After several years, the hobby shop closed and for the next eight years members met in their own homes. Then in 1953, the club was given the opportunity to relocate in the main entrance building of the Hagerstown Fairgrounds. They labored from January of that year until the fair in the summer to get a layout up and running. Along with the “Potomac Valley Railroad” they created the Maryland Central in “HO” scale. They did such a good job that most of their worked lasted until they had to leave the building in 1992.

The extensive model railroad layouts contained six displays reminiscent of downtown Hagerstown area along with various structures including bridges, roundhouses, turntables and other buildings. Many citizens of Washington County remember the long wait in line to see the entrancing Christmas display in December and January every year. The show drew people from all over the eastern seaboard and beyond. The group was like a brotherhood. When a member died, they helped his widow, when a member was sick or needed help they were there. Participation passed down through generations, women even joined. The fascination with model trains and trains in general drew both younger and older members.

In 1984, the group registered as a 501c3 non profit museum dedicated to the education and preservation of railroad history. After 1992 the museum had to leave the fairgrounds due to the deterioration of the building itself, and for the next several years meetings were once again held in homes.

In 1997, the town of Sharpsburg, Maryland voted to lease the Antietam station to the club for $1 a year with the stipulation that the club would restore and adapt the station to the clubs needs. The members set to work just as they had in 1953, but this project was a little more complicated as there were historical easements held by the Maryland Historical Trust that required restoration according to the Secretary of the Interior’s standards for rehabilitation of historic structures.

The members painted the exterior, roof, and worked thousands of hours removing the non original materials that were later added to convert the station to apartments. The club now meets every month at the station, which is periodically open to the public.